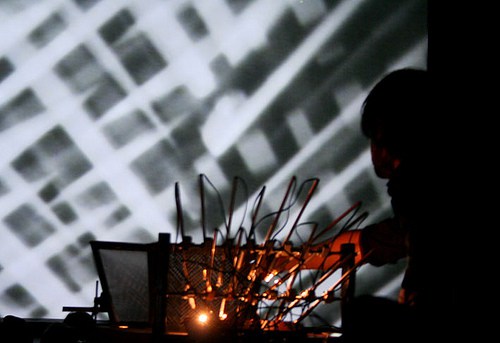 (SHIFT)
The second performance by Optical Machines in which homemade equipment is used to built up an abstract play of light. The soundtrack is created in an interactive play with the intensity of light. (SHIFT) is a kind of Pandora’s Box. An ingenious case with a battery of lights forms the basis for a play with interfering patterns and abstract animation. (SHIFT) is a real live show with light images that are generated, manipulated, mixed and projected on the spot. The interaction between image and sound is twofold: the soundtrack influences the image and vice versa.